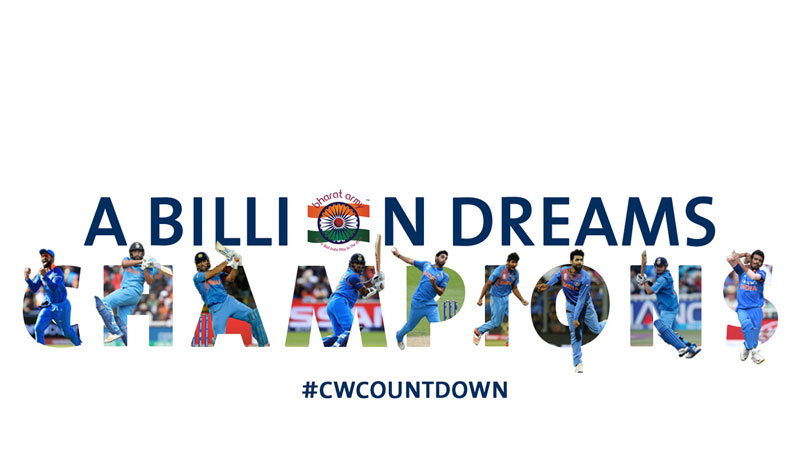 The Bharat Army is Team India’s No.1 global supporters group. We set about to bring together the passionate fans of Indian Cricket from all over the world under an organised supporters group that travel and create one voice in support of the team. Passion, Loyalty & Respect – regardless of #WinLoseOrDraw – the Bharat Army instills core values that all the fans adhere to and this has resulted in building a strong bond with the players whilst also gaining the respect of the entire cricketing fraternity. The Bharat Army has now grown from being a U.K. based supporters group to having a large global presence with regional heads in U.K. India, UAE, Australia, New Zealand and the USA.

Due to the increasing demand of supporters wanting to travel with the Bharat Army to major tournaments and series around the world, Bharat Army Travel was set up in 2015 with a core objective of curating organised tours around the world for Indian Cricket fans to be a part of.

The Bharat Army is also an ‘Official ICC Travel & Tours Partner’ and for the #CWC2019, it will have almost 10,000 fans travelling to the World Cup from over 23 countries around the world. Along with our Members who won tickets in the ICC ticket ballots, we expect circa 5000 to 6000 Bharat Army members at each of India’s matches – our largest presence to date.

As we’re an ‘Official ICC Travel & Tours Partner’, aside from Team India matches we also have World Cup tickets available for the majority of all other matches. So, if you’re an England, Australia, West Indies, Sri Lanka, South Africa, Pakistan, New zealand, Bangladesh or Afghanistan fan, then The Bharat Army have got you covered for any CWC match.